Call Us Today For A Free Estimate! 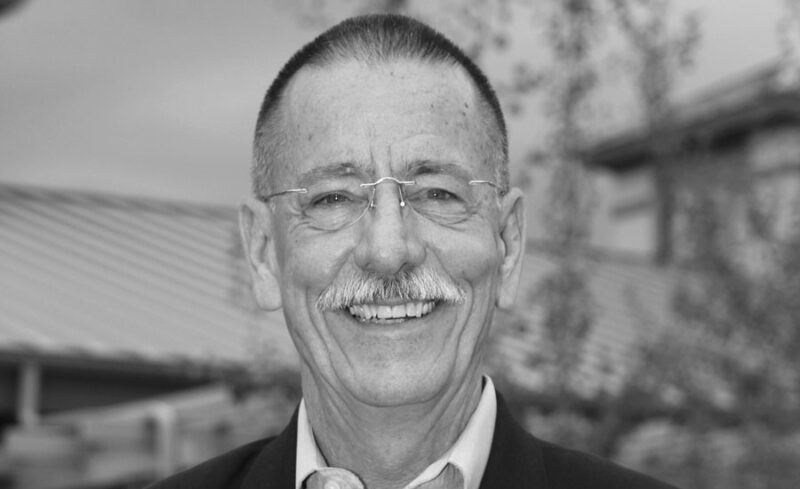 This started off as a quick recap of 2019, but when I sat down to write I was reminded that this is also the end of the decade of the 2010s and the beginning of the 2020s. So, here is my take on some of the game-changers of the 2010s.

The decade now passing was significant to me personally as well as the entire country and the world. I am going to leave most of the “big picture” to others (see below). For the sake of this blog I am  sticking with roofing and how the 2010s impacted the business along with some items of a more personal nature.

The last time I wrote a 10-year recap like this was in a blog post dated Dec. 21, 2009. The roofing industry, like the rest of the country, was mired in the early stages of the Great Recession. While many roofing contractors prevailed with storm work, it is fair to say that since 2009 we have gone from the outhouse to the penthouse. Business has been very good for at least half of the past decade, and from all appearances will continue to grow into the 2020s.

In 2009, I made a few predictions and tossed in a few wishes. I want to continue that tradition, beginning with a look back. I predicted that social media, then trending as a hot new item, would become important to the roofing industry. That was an easy prediction to make, but most roofing contractors took some time to react and engage.

It is fair to say that social media is not just important, but essential to roofing contractors today. Word of mouth continues to be the best marketing program a contractor can employ, and “word of mouth” now means tweets, Facebook posts, Home Advisor listings, and Yelp reviews (to name a few). Roofing now has a presence on every social media platform by way of contractors as well as all the major roofing trade groups and publications such as this (@RoofContr and @RoofsByRick).

The 2010s will go down as the decade of the woman. The #MeToo movement came along after the National Women in Roofing group was formed to encourage women already working in the trade, and work to bring more women into roofing. This was one of many initiatives taken on by groups of roofing contractors and others in the trade to advance one agenda or another. The National Roofing Contractors Association (NRCA) virtually re-booted with the appointment of Reid Ribble as the CEO; the first new CEO following 28 years with Bill Good at the helm. NRCA’s ProCertification and Roofing Day in D.C. programs have proven to be game-changers and will lead the association’s efforts into the 2020s.

The 2010s saw the introduction of Win The Storm, Anthony Delmedico’s books, events, programs, and other offerings geared toward the storm-restoration contractor. The 2010s saw “stormers” emerge as a powerful force in roofing, especially residential following hailstorms and hurricanes. Acting more as general contractors that travel far and wide, and less like the traditional specialty contractor working in a specific geographical territory, stormers have learned how to sell in the fast-paced post-storm market and have grown their enterprises with surprising speed and efficiency.

Much of what powers storm-restoration contractors and roofing contractors of all types and sizes has been the emergence of software applications. The 2010s saw the introduction and adoption of a wide range of solutions. Beginning with AccuLynx and EagleView, the applications that were introduced (or were aimed at roofing) throughout the 2010s are too numerous to list. There were advances in the aerial measurement category that included higher accuracy, 3D imagery, artificial intelligence (AI) and machine learning to aid in inspections. Company Cam was founded by a roofing contractor and became a popular app.

These solutions often connected with customer relation management (CRM) and enterprise software solutions designed with roofing contractors in mind. Contractors with maintenance departments were given the option to set up portals for their roofing customers to sign on and keep up with the activities on their roof in real time. Without setting foot on a ladder, that is.

And speaking of not setting foot on a ladder, the 2010s saw the introduction of small unmanned aerial systems (sUAS), or drones, into the roofing trade along with many other business interests. Drones, which we first reported on editorially in 2013, are now a fixture in the trade. Drones are used for roof measurements, inspections, and for marketing purposes.

Trending for the 2020s, I believe drones will be flown more by third parties than by roofing contractors. The equipment is becoming more sophisticated, including FLIR and pre-flight software solutions, and the liability makes being a part-time sUAS operator somewhat challenging. As the Federal Aviation Administration (FAA) continues its work to simplify the use of controlled airspace and working with businesses to establish sensible rules for “beyond visual line of sight” flights, the use of drones in roofing, insurance adjusting, and construction will continue to grow.

As for all apps and business software solutions, the 2010s saw the introduction and deployment of 4G technology in this country. This enhanced bandwidth made many applications practical and further diminished the need for desktop computing. Wi-Fi likewise became normalized in the business world. The 2020s will see the emergence of 5G, which has even more possibilities for detaching our computing world from the wire. I do not know which applications 5G will enable for roofing, but I suspect it will be in the area of video apps for inspections, measurements, security, and record keeping.

At the beginning of the 2010s we were just getting used to aerial measurements and by the end we were using our smartphones to take photos to not only yield measurement reports, but to offer our customers the option to take a peek into the future to see what their home would look like with the shingles or tile they are choosing. Siding and windows, too, for some contractors. The quality continues to be enhanced and will doubtless take advantage of the enhanced bandwidth from 5G.

To answer the call of blockchain and big data, and to attempt to stay in front of emerging technologies that may impact the roofing industry, the 2010s saw the introduction of the Roofing Technology Think Tank (RT3). This group of forward-thinking industry leaders connects several times each year to share ideas and learn together.

The 2010s saw the emergence of roofing contractors intentionally giving back to their communities. The fact that business was improving throughout the decade did not hurt, but roofing contractors were introduced to the idea that giving back is good for business. Working through non-profits such as Habitat for Humanity International and Rebuilding Together, many roofing contractors have made it a practice to make a significant contribution of at least one roof, pro bono, every year. This column from 2012 somewhat tells the story of this trend as it was emerging. Today, most manufacturers and distributors are actively engaged in philanthropic work that involves new roofs for veterans. I pray this trend continues to grow in the 2020s.

Speaking of roofing distributors, the 2010s saw record levels of consolidation. Beacon Roofing Supply Company became the first publicly held roofing-oriented distributor in 2004. The company that started the first national chain, ABC Supply, started and ended the decade as the largest of them all. ABC ventured forth into the wholesale interior products distribution business with the acquisition of L&W Wholesale. SRS Distribution likewise enjoyed significant growth in the 2010s. Several other large regional distributors might be worth mentioning here, but they were acquired by the consolidators in the 2010s as part of several mega-deals.

Roofing manufacturers worked throughout the 2010s to keep up the production required to keep pace with the expanding economy. The number of plant openings were notable with new shingle, tile, roof insulation, and TPO plants coming online. The future depends on economic growth, but I believe the trend of the 2010s will continue with plant openings and expansions continuing through the beginning of the next recession (when that will be is not part of this prediction).

In one last memory of the 2010s, I recall that our help situation was actually pretty good at the beginning of the decade. That changed in a very big way and it appears that we have a long-term problem on our hands. I believe this will require some long-term solutions. So, read on for my wish list for 2020.

My wish list for 2020 looks a lot like my wish lists from years gone by. I long for a roofing industry free from injuries and fatalities from falls. “Zero” remains my wish, despite many who would consider this unrealistic. When I look at workers on a roof I try to imagine just one whom I think it would be OK to die. I never find one. Not one. Zero.

I long for the NRCA’s ProCertification program to succeed. What I especially long for is for roofing to be recognized by the popular culture as a good and honorable trade. I long for young people to have the ability to attend a roofing program in their hometown technical school. I hope that the focus on trade schools as a good alternative to college (and college debt) will continue unabated. I hope that organizations such as SkillsUSA will embrace roofing as a trade and that they will double in size. We need the help.

I believe sensible immigration reform is long overdue, but that would require a functioning federal government. That is one of my biggest wishes for 2020: a federal government that can work on real problems in real time.

An electric pickup would be nice. Not that butt-ugly one Tesla recently showed off, but an E-F150 or E-Silverado, please.

On a personal note, I just want to be “better,” whatever that means. I hope to advance my education so I can continue to keep up with all these technological advances. As I continue to age, I also want to know when it is time for me to hand this whole business off to someone else. I hope that does not happen in 2020 but that it will later in the 2020s. Happily, I see a lot of great talent working in the roofing trade and I pray that trend continues as well.

Also, on a personal note, I hope we see advances in the distribution of land. Like with our needs for an expanded workforce, the workers all need a place to live. It would be great if we could build sensible-sized houses for workers, but zoning and other requirements just don’t recognize that. Where I live, you can build a 700-square-foot apartment, but if you are going to build a free-standing home it will have to be around 2,000 square feet with a two-car garage. Folks who work on roofs, at least in the early to mid-term of their career, cannot afford that and we should, as a society, recognize that and do something about it.

Perhaps most important of all, I wish for you a safe and productive 2020. Happy New Year!

This full article is available here.